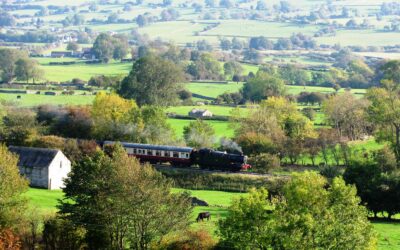 The Herriot Country Line places the Wensleydale Railway at the heart of Herriot Country. Alf Wight OBE aka James Herriot worked his rounds in so many of the places where the Wensleydale Railway runs through the beautiful Yorkshire Dales.  The line reopened to passenger traffic from Leeming Bar to Leyburn in 2003, and the following year the section to Redmire was also opened.  The line runs west from Northallerton through Scruton, Leeming Bar, Bedale, Finghall Lane, Leyburn and Redmire. Finghall Lane was the location for the fictional Darrowby Station in the filming of the BBC TV series of All Creatures Great and Small.

The hub of the railway, Leeming Bar Station is located just off the A1(M) J51 and has been completely restored with funding from the Heritage Lottery Fund. The railway’s rolling stock is maintained and restored here and it’s the base for the staff office.

The Wensleydale Railway has so much to offer visitors to Herriot Country as it passes through some of the most beautiful parts of North Yorkshire and is one of the longest heritage railways in the country, so it is great Yorkshire value!

Stations along the route are characterful restorations evoking memories of a time gone by and the towns where you can alight such as Bedale and Leyburn which have an array of authentic local shops and services that are run by warm and welcoming Yorkshire folk.

As you approach Redmire, there are stunning views of the Yorkshire Dales and dramatic Penhill plus, it is just a short walk to Bolton Castle. It’s an ideal way for walkers to reach their start point for walks into the Western Dales. Combine a Wensleydale Railway train trip with a local bus service and you’ll see Herriot Country the way that James Herriot did when he first arrived in North Yorkshire. You can see the scenes in the Channel 5 version of All Creatures Great and Small.

Leeming Bar Station is approximately 1/2 mile from junction 51 on the A1(M). From the A1 follow the signs for Leeming Bar Industrial estate, then after the level crossing turn right in to the car park. For drivers coming via the A684 head towards Leeming Bar and at the mini-roundabout take the minor road towards signed Kirkby Fleetham, then just before the level crossing turn left in to the car park.

The 73 service runs during weekdays and Saturdays from Northallerton, (including a stop by Northallerton Railway Station) to Bedale and return

The 856 service operates on Sundays only between Hawes and Northallerton 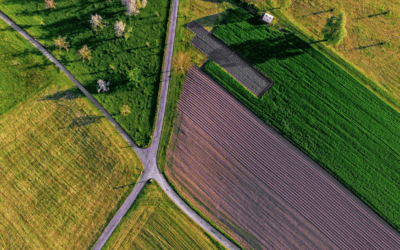 Established in 2018, Low Osgoodby Grange is one of Herriot Country’s newer offerings set in a Georgian farmhouse situated 5 miles out of Thirsk, set in the sensational rural heart of North Yorkshire at the foot of the Hambleton Hills. It might once have been one of James Herriot’s farm customers.

The Four Star Rated Silver Award family run Bed and Breakfast accommodation includes three farmhouse rooms, each of which are en-suite with showers, tea and coffee making facilities, tv, hairdryer and complimentary mineral water. Plus, there are various sleeping options such as Yurts, Tipis, Glamping Pods, and even Japanese Styled sleeping pods!

Low Osgoodby Grange has over 200 acres of private grounds so it caters for a wide variety of activities, is very flexible and means that everyone’s needs can be met.

As a venue for events there are facilities for wedding receptions, corporate events, or parties it is very flexible and there are tailored packages to suit every event. With panoramic views of the stunning Herriot Country landscape, it is a very attractive venue for all occasions.

Situated between the rural villages of Bagby and Kilburn, about 5 miles from Thirsk (home to James Herriot), in North Yorkshire, with easy access to the A19 and A1 and A1(M), Low Osgoodby Grange is ideal as a base for the North York Moors, the Yorkshire Dales and Yorkshire Coast. Many cycling and walking routes are nearby including the Cleveland Way, Wainwrights’ Coast-to-Coast Walk and the Wiggle Aye Up! Yorkshire Cycle route. 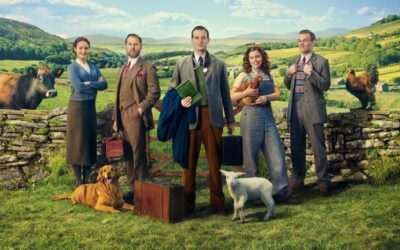 All Creatures Great and Small on Channel 5 has been received with fabulous reviews and season two is now underway. Here’s what the media have said:

“Perfect… heartwarming… a much needed balm”
The Telegraph

All of us in Herriot Country are thrilled with the news and look forward to seeing this enchanting version of the tales of Herriot Country that Alf Wight OBE crafted. His work has been interpreted so well by Playground and it brings the stores to a whole new generation to James Herriot. 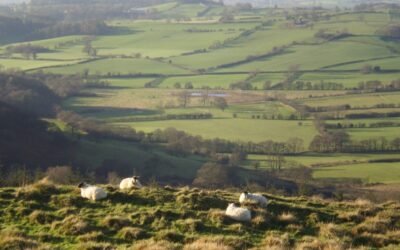 Herriot Country has so many interesting places and local charms that it can often be difficult to know where to start. That is why many people prefer to find a local expert tour guide to make their visit more interesting and enjoyable.

That’s where someone like Howard Smelt-Webb, The Yorkshire Tour Guide comes in. Providing a bespoke service with his local knowledge of the area on either a walking or chauffeur-driven tour, Howard and his team share their passion and their enthusiasm for all things Herriot.

Howard was once a police officer in the area for over 30 years so he knows this ‘beat’ very well and especially since he is from a farming background where James Herriot (Alf Wight)  was the vet to the family farm.

Howard and his team will take you to famous tourist attractions like the World of James Herriot to country tearooms, historic pubs, boutique shops, on scenic walks where you can take in Yorkshire’s finest views.

Your tour will include the many market towns, the rugged North York Moors, the Yorkshire Dales, the city of York and the North Yorkshire coastline. It will include many of the locations where James Herriot practised and from where the stories that he included in his multi-million-selling books emanated and where the films and TV series All Creatures Great and Small were made.

You will be introduced to local craftsman, Country folk, farmers, welcoming pub landlords and ladies, enjoy delicious local food and drink and all in the company of your very own local guide up providing you with the insights and access to hidden gems all around Herriot Country.

Be chauffeur driven in one of our vehicles – we have a wide range available to suit your individual needs including saloon cars and multi seat vehicles.  Uniquely, the multi seat vehicles come with a separate Tour guide as well as the driver ( if required ) to ensure you get the most out of your day. Prices vary depending on individual requirements and type of vehicle. 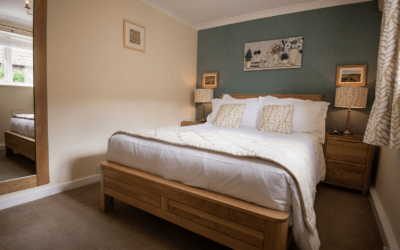 Alf Wight OBE (James Herriot) lived two doors down from Fern Cottage at Skeldale Veterinary Surgery. Little did he know then, when he joined the practice, that years later his prowess as an author with his stories of life as a vet would bring him worldwide acclaim.

Fern Cottage is still two doors down to what is now the World of James Herriot based in that original home and veterinary surgery. A member of the Herriot Country Tourism Group, Fern Cottage offers a very comfortable Four Star Gold Award self-catering holiday cottage for two people. Set in the garden of a late Victorian townhouse it has been updated and furnished to a high standard and is a cosy haven close to the centre of Thirsk that includes many personal touches that help to make your holiday special.

Perfect for your visit to see the home of James Herriot and to experience the locations and attractions that are featured in the original BBC and new Channel 5 All Creatures Great and Small TV series which are all within easy reach in and around Thirsk in Hambleton, Richmondshire and the Yorkshire Dales and North York Moors. Thirsk has a regular market and a great choice of restaurants, cafes, pubs and shops to explore.

After your travels discovering Herriot Country you’ll return to your peaceful haven at Fern Cottage to relax and enjoy the peaceful garden in spring and summer or in winter snuggle up in front of the real warming fire.

Your Herriot neighbours on Kirkgate continue to welcome people from around the world and you’ll be right in the heart of the All Creatures Great and Small action. 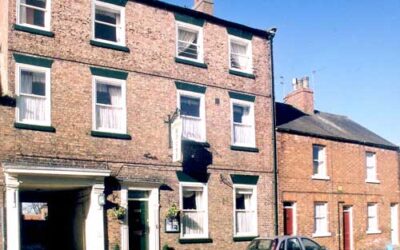 Only a few yards from the World of James Herriot, Kirkgate House Hotel is one of Skeldale Surgery’s nearest neighbours and continues to welcome James Herriot fans from around the world.

A three-storey Georgian townhouse, Kirkgate House Hotel offers a range of en suite accommodation all with high ceilings, wooden furnishings, tea and coffee making facilities, flatscreen TV and free Wi-Fi. Local ingredients are part of the menu options for the hearty English Breakfast served each day which also includes continental and vegetarian options. As guests travelling by car discover, Kirkgate House Hotel has its own car park, there is an attractive patioed garden area and the hotel bedrooms are accessible by stairs, which may not be suitable for guests with reduced mobility.

Thirsk is the real town (Darrowby in the stories) where Alf Wight and Siegfried Farnon ran their veterinary practice on the same street as Kirkgate House. It’s a perfect base for visitors to the World of James Herriot, close to the North York Moors National Park, the White Horse of Kilburn and the stunning views from Sutton Bank, James Herriot’s favourite view. There’s a weekly market in Thirsk and regular meetings at Thirsk Racecourse which is only a ten-minute walk from Kirkgate House Hotel.

There’s a wealth of attractions in Herriot Country and by taking an All Creatures Great and Small circular tour from Kirkgate House Hotel you can visit the locations in the books, films and TV series. Start at the World of James Herriot of course…

If Alf Wight OBE (James Herriot) hadn’t lived so close, he would surely have stayed at Kirkgate House Hotel!