Welcome All Groups Great and Small

The World of James Herriot (WoJH) has a coach tourism heritage ever since the world’s most famous vet and author Alf Wight OBE (James Herriot) launched his first book at his then home and surgery in 1970. His books sold in millions throughout the world. Their great success spawned two feature films followed by a BBC television series, All Creatures Great and Small, which enjoyed global success.

The ‘Yorkshire Vet’ Channel 5 TV series.  Set in the modern-day version of James Herriot’s surgery in Thirsk, the TV series brings us all up to date with the practice and the locations where they are following in James Herriot’s footsteps. Arrangements can be made for one of the Yorkshire Vets to meet visitors. (Must be arranged in advance and for an additional fee.)

Channel 5 TV has also now recreated All Creatures Great and Small to critical acclaim and stars Nicholas Ralph as James Herriot, Samuel West as Siegfried Farnon, Rachel Shenton as Helen Alderson and Callum Woodhouse as Triston Farnon. Dame Diana Rigg played Mrs Pumphrey in the first series of the remake before her untimely passing in 2020.

Alf Wight’s (James Herriot) home and surgery became the World of James Herriot (WoJH) in 1999 and has been welcoming coach groups ever since. The day–to-day operation is overseen by managing director, Ian Ashton, and a small team of staff and volunteers. Jim Wight and Rosie Page, Alf Wight’s son and daughter are directors and take an active role in helping to welcome visitors, especially for coach groups.

The award-winning attraction houses the largest collection of Herriot memorabilia in the world and is a ‘must see’ visitor attraction that is the heart of Herriot Country in North Yorkshire.  Allow at least an hour to 90 minutes for the visit, which is self-guided with volunteers in attendance to explain various aspects. There is level access throughout the ground floor and a stairlift to the first floor. Arrangements can be made available for tea/coffee stops at local teas rooms and there is also a vending service on-site for hot and cold drinks and snacks.

The WoJH attraction is also the focus for Herriot Country Tourism, which provides group operators with so many opportunities to visit the locations on which the books and TV series were based. A Herriot Country All Creatures Great and Small Trail has been produced to assist with planning a visit to Herriot Country and features the many locations that are in the books, films, and TV series. Along the route are so many other Herriot Country Tourism Group member attractions, hotels, coffee and tea rooms, local shops in market towns and villages that also welcome Groups. Coach parking, good quality toilet facilities are a feature of these attractive places. 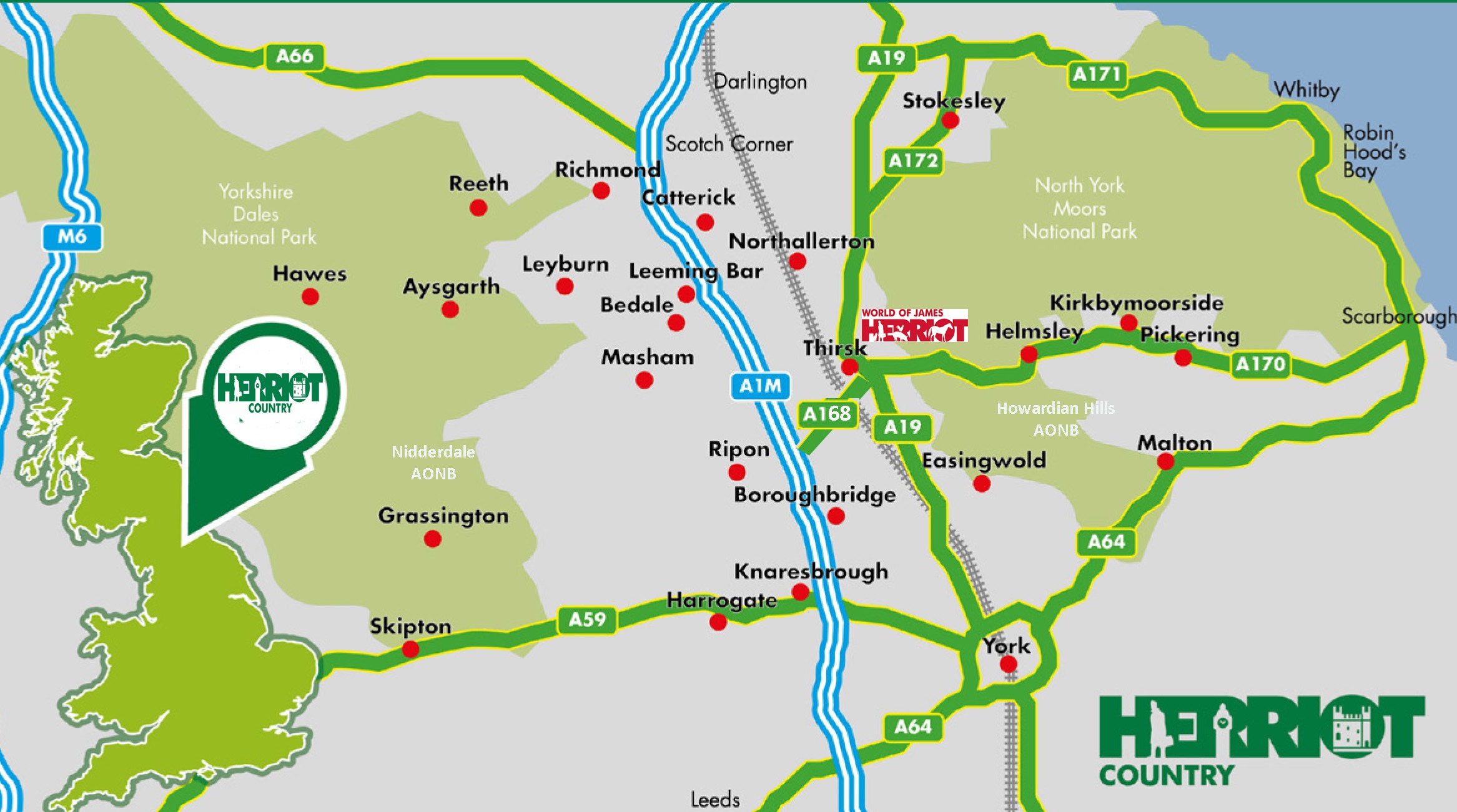 Planning your itinerary for a group visit? See the attractions and accommodation that welcome groups in Herriot Country.

Plan Your Herriot All Creatures Great and Small Trail

Win a Visit to Herriot Country