Independent and branded hotels, B&B’s, self-catering apartments, hostels and caravan and camping and glamping sites are all available in York…

With (probably) the greatest concentration of attractions in the country, York is the North Yorkshire gateway to Herriot Country…

“Where the streets are Gates, the Gates are Bars and the Bars are Pubs”, York is brimming with cafes, restaurants, street food and all kinds of international cuisine…

“The History of York is the History of England’ said HRH George VI and since the Romans arrived in AD 71 to this day it certainly continues to enthral visitors from around the world. Its majestic Minster dominates the York skyline and as well as being a place of worship that is the largest Gothic Cathedral in Northern Europe, it is one of York’s major visitor attractions in a city that welcomes around seven million visitors per year.

York has so many other attractions such as the York Castle Museum, Clifford’s Tower, Jorvik Viking Centre, Kings Manor, the National Railway Museum, St Mary’s Abbey and The Yorkshire Museum, the most complete walled remains in the country that encircle the city and some of the finest medieval buildings in the world.

With a central core that is completely traffic free, York is large enough to be home to many more attractions and York’s streets are full of period pieces, (don’t miss ‘The Shambles’ the medieval street of butchers). It offers a journey through the centuries and with famous names like Constantine the Great, declared Emperor of Rome whilst resident in York in AD 305, Guy Fawkes who was born and went to school in York, highwayman Dick Turpin who was arrested, hanged and buried in York, George Hudson famous as ‘The Railway King’ and Dame Judy Dench, a York girl who began her acting career as an angel in the world-renowned York Mystery Plays in the 1950’s, to name just a few.

York is a chocolate city, being the home of the Rowntree’s chocolate dynasty (now Nestle), and Terry’s Chocolate (now Kraft) and there is a new attraction, York Chocolate Story, dedicated to the industry, plus a chocolate-making come-back with the artisan York Cocoa Works which has daily talks and demonstrations for visitors.

The best place to start your visit to York is with the Association of Voluntary Guides to the City of York whose FREE tours start at Exhibition Square in front of York Art Gallery every day at 10.15 and 1.15 and in August to October also at 6.15. The tours give you an excellent historical overview of York in a two-hour tour of the ancient city by local volunteers who simply love their city and share it with you.

York is easy to reach by road and rail and is the gateway to Herriot Country, only 22 miles (40-minute drive) to Thirsk or 15 minutes by rail on the East Coast mainline, London two hours and Edinburgh two and half hours by rail. Daily tours leave York to the World of James Herriot.

Alf Wight OBE (James Herriot) was honoured in York Minster on 20th October 1995 in a Memorial Service to which over 2,300 people had come to pay their last respects to a man who had given pleasure to millions. York is a must-see part of your trip to Herriot Country. 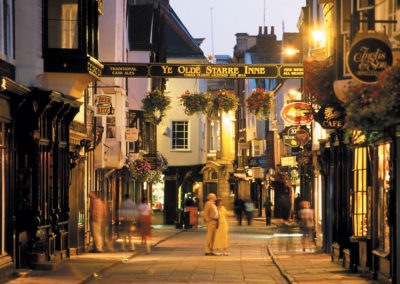 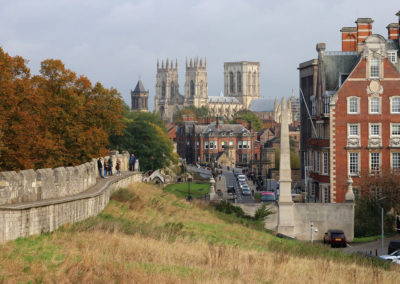 York Minster with Grand Hotel and City Walls in foreground 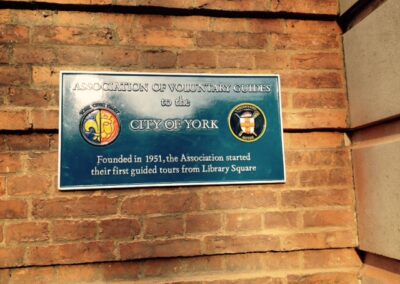 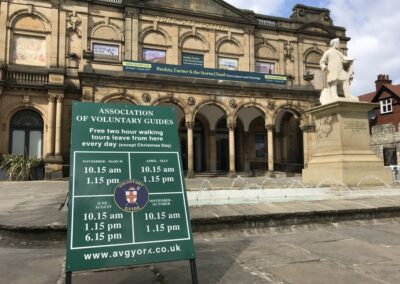 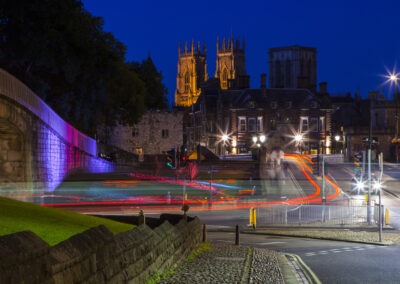 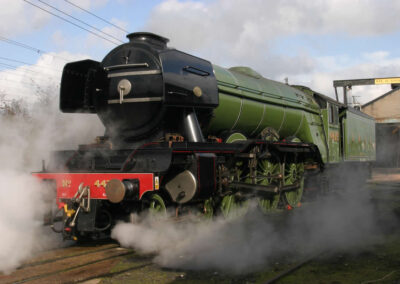 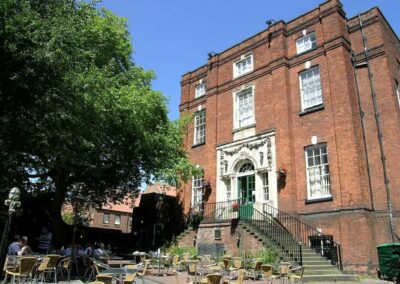 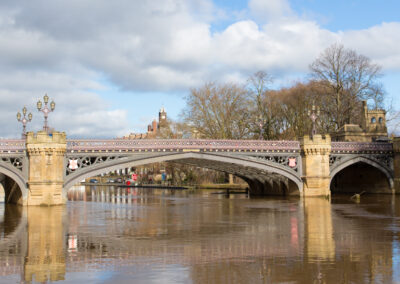 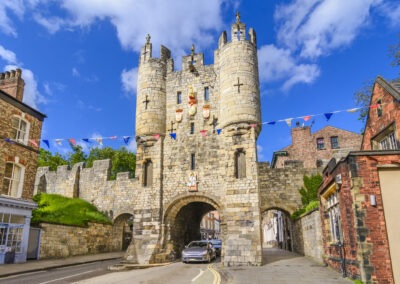 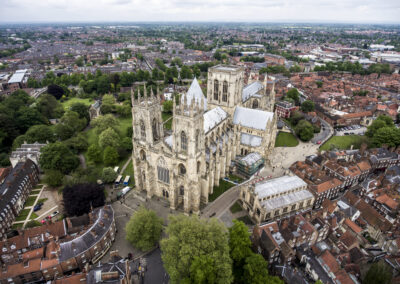 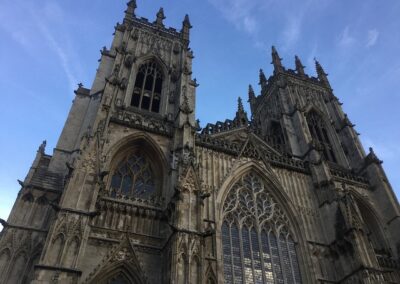 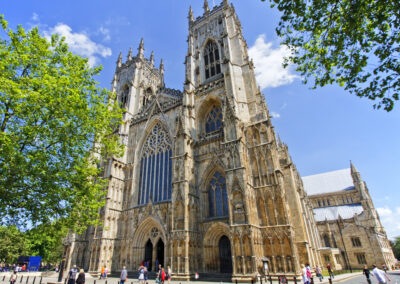 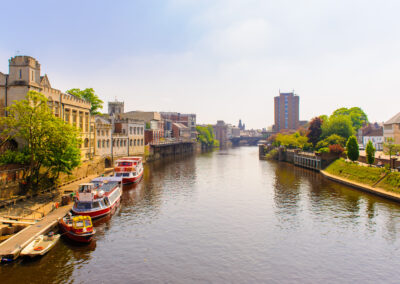 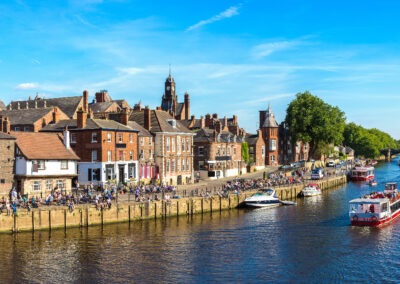 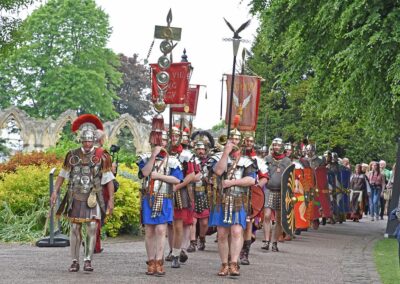 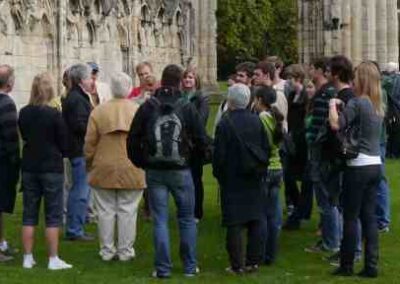 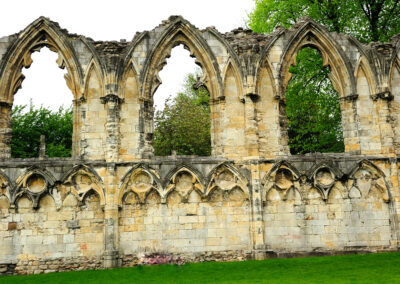 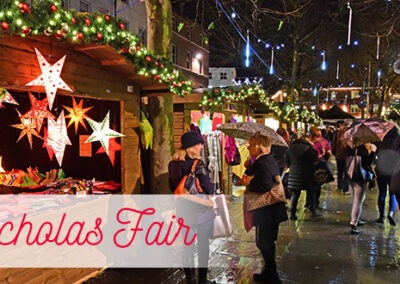 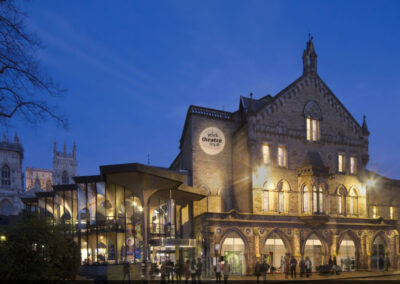 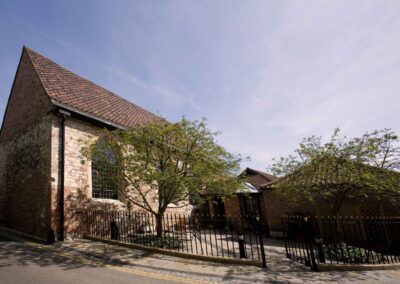 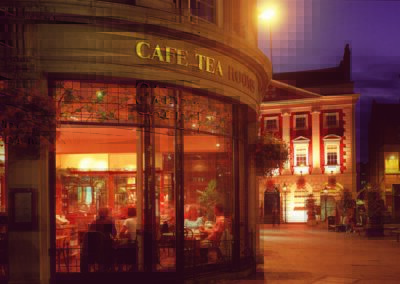 Getting to York couldn’t be simpler. York is ideally positioned in the heart of the country with direct rail links bringing you from London, Edinburgh and Manchester in around 2 hours. Manchester, Newcastle and Leeds/Bradford airports are all within easy reach and the ports of Hull and Newcastle are both within a two-hour drive. Enjoying the benefits of excellent rail and motorway networks, York is undoubtedly one of the most easily accessible cities in the UK.

Plan ahead and check the i-Travel York website for the most up-to-date public transport and travel information.

York’s six Park & Ride sites enable you to travel to York by car, park FREE of charge in a secure car park and complete your journey into the city centre by bus.

Parking is readily available all around the city of York, with 15 public car parks operated by the City of York Council and several privately-run car parks.

Parking in a City of York Council car park? You can pay to park using your phone with the RingGo app and receive a reminder text when your parking is running out. If you want more time to explore the city, you can even extend your parking on the go! Find your way back to the car park by clicking on the location in your active sessions.