The Forbidden Corner is a unique labyrinth of tunnels, chambers, follies and surprises created within a four-acre garden in the heart of Tupgill Park in Herriot Country. It’s a place home to the heart of people that love to go on adventures never to be seen before.

The temple of the underworld, the eye of the needle, a huge pyramid made of translucent glass, paths and passages that lead nowhere, extraordinary statues at every turn, there are decisions to make and tricks to avoid. The Forbidden Corner is a fantastic day out which will challenge everyone of all ages.

The Forbidden Corner was originally built as a private folly but due to high public demand, it was subsequently opened to the public by the owner, Mr Colin Armstrong. This monument of art originally started as small wood of Fir trees initially planted as a wind break to the stables at Tupgill Park, with hundreds of trees being planted in 1979.

In 1988, new features, such as the Green Man and the Fawcett Tower were built to encourage more visitors to Herriot Country to see their art. With the Forbidden Corner currently attracting over 80,000 visitors annually this is a one-of-a-kind attraction. 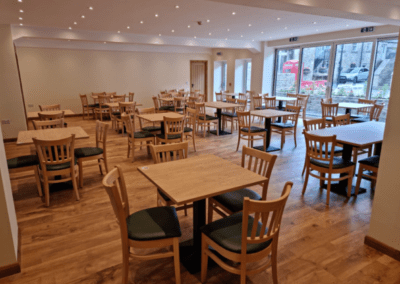 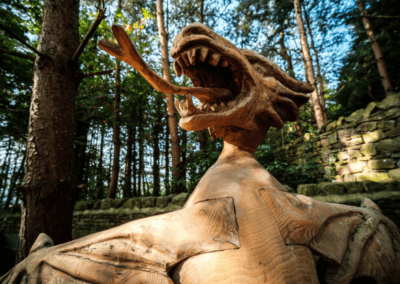 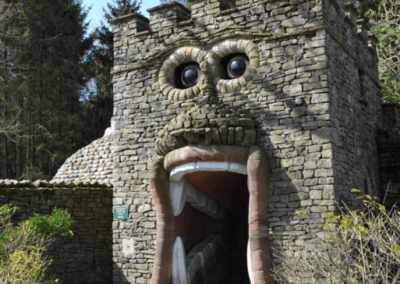 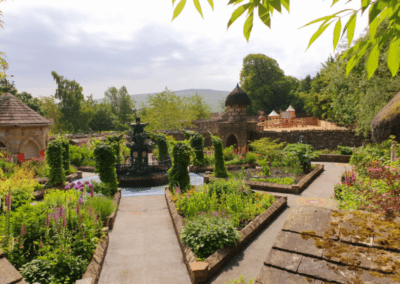 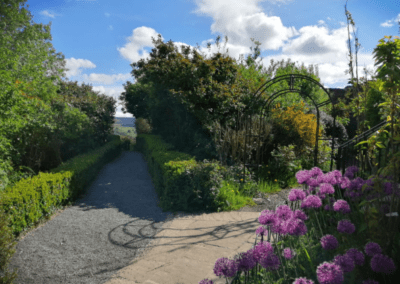 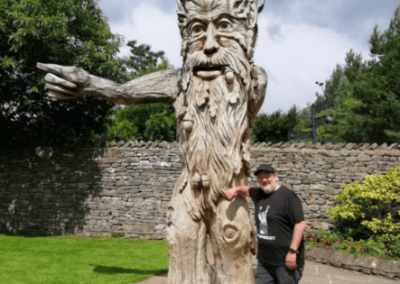 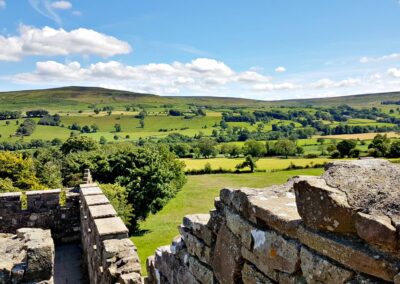