Castle Howard near York has been the home to eight generations of the Howard family who are descended from Lord William Howard the youngest son of Thomas Howard, 4th Duke of Norfolk.

The 1st Earl of Carlisle, Charles Howard (1629-1685) was the great grandson of Lord William Howard and the site of Castle Howard today began as Henderskelfe in Yorkshire. The 3rd Earl of Carlisle, Charles’ grandson, Charles Howard (1679-1738) was the creator of Castle Howard when he enlisted the help of his dramatist friend, John Vanbrugh. Vanbrugh had never built anything before so he recruited Nicholas Hawksmoor to assist with the design and construction. It began in 1699 and the design evolved in 1702 but the house was not completed until 1811 after several additions and three Earls.

Home to art collections of international importance displayed in Castle Howard’s state rooms the collection was developed over three generations by the 3rd, 4th and 5th Earls who toured Europe and made wise choices especially in Italy. There is a fine collection of paintings by Pannini, Zuccarelli and, most importantly Canaletto plus tapestries and sculpture.  The 5th Earl purchased Italian Old Masters extensively, including paintings by Bassano, Bedoli, Bellini, Carracci, Domenichino, Gentileschi and Titian. He patronised English artists too: Sir Joshua Reynolds, Johann Zoffany, and Thomas Gainsborough. In 1805 he published the first printed catalogue of the collection at Castle Howard, listing 111 paintings. By the fourth edition in 1845 this had grown to 274.

The 9th Earl and Countess, commissioned William Morris, Edward Burne-Jones and Walter Crane, to decorate their homes. As a painter himself, the 9th Earl moved in Pre-Raphaelite circles, and knew many eminent British artists of the day, including Frederic, Lord Leighton, and G.F. Watts. Art works have been bought and sold over the years but the collection still retains many outstanding works.

Correspondence, diaries, papers, notebooks and bills are contained in the Castle Howard archive which is a rich resource of material about the extraordinary history and life of the family through the centuries. Various exhibitions are held within the house, which are organised by the curatorial team who are also involved in research projects and in providing group lectures covering various periods of the house and the family.

The interior of Castle Howard is a wonderful collection of state rooms that visitors return to again and again to experience the atmosphere and learn about the lifestyles of the family throughout the centuries. The Chapel in the west wing was originally intended as a dining room but was modified in the 1870’s and re-decorated in a pre-Raphaelite style with impressive William Morris and Edward Burne-Jones designs.

Tours and talks of the house are arranged most days where a knowledgeable team share with private groups the history and stories of the house and family.

The landscape at Castle Howard is stunning whatever the weather and with 1000 acres it is a haven of peace and tranquillity in which to explore. Views are stunning and take in the Howardian Hills a designated Area of Natural Beauty and within the grounds there are daily half hour outdoor tours between March and October.

The gardens at Castle Howard are many and varied. The Walled Garden has manicured borders an ornamental vegetable patch and is a tranquil place to view pretty summer blooms. A Woodland Garden, Ray Wood is where you can explore an impressive botanical collection as you meander along serpentine paths and which is looked after by the Castle Howard Arboretum Trust. The Rose Gardens include Lady Cecilia’s Garden, the Sundial Garden and the Venus Garden.

Temples and monuments are a special feature of Castle Howard’s treasures in the grounds commanding stunning views across the hills. The Mausoleum, Pyramid and New River Bridge draw the eye across the rolling Howardian Hills, while the Temple of the Four Winds, designed by Vanbrugh, provides breathtaking views across the impressive landscape.

Castle Howard has been a film and TV location since the 1960’s and the 1981 Brideshead Revisited catapulted Castle Howard into the public eye and today, for many the House remains synonymous with Evelyn Waugh’s iconic novel.

Add to all of this the lakes and wildlife around the estate and you’ll understand why it was one of James Herriot’s favourite country houses to visit only half an hour’s drive from his home and surgery in Thirsk which is now the World of James Herriot. 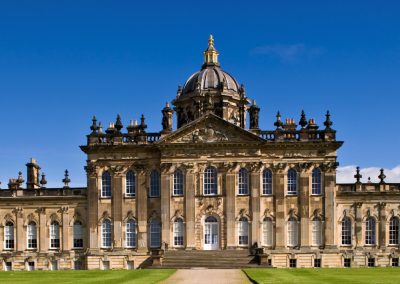 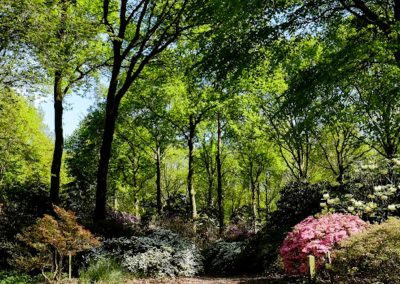 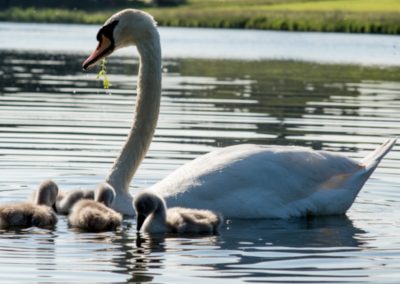 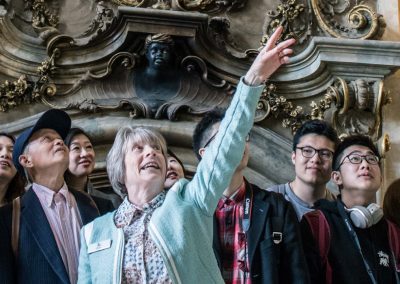 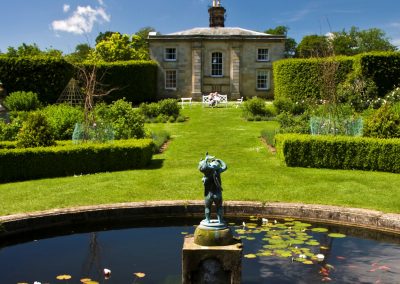 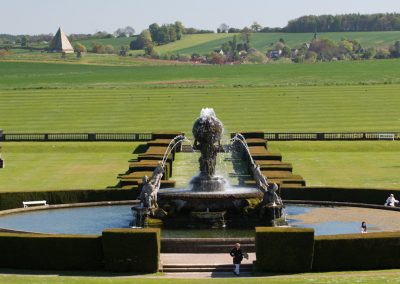 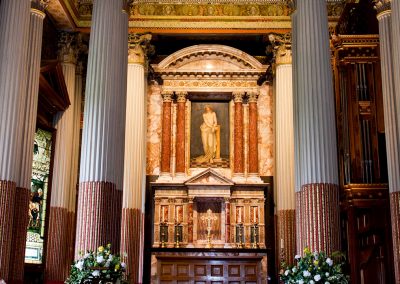 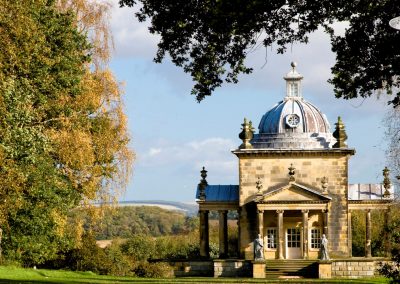 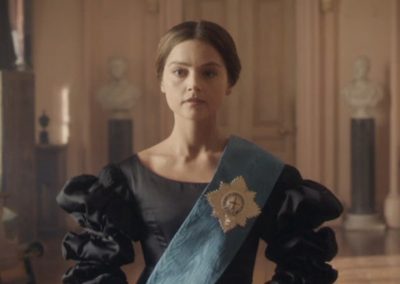 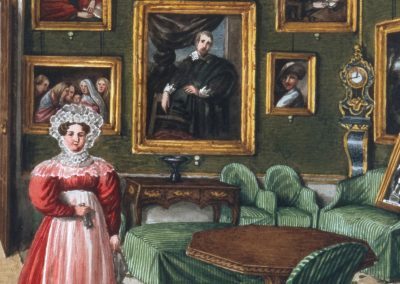 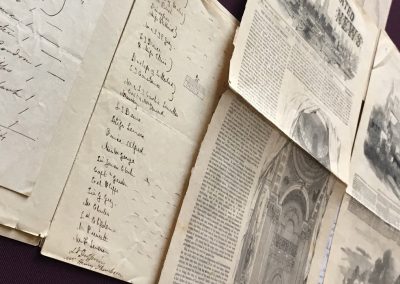 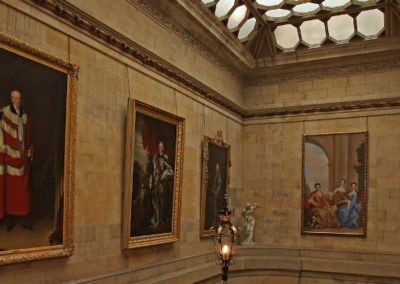 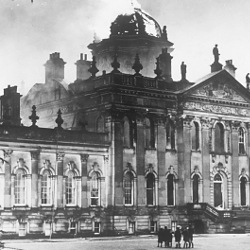 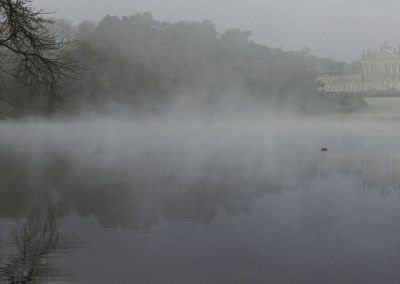 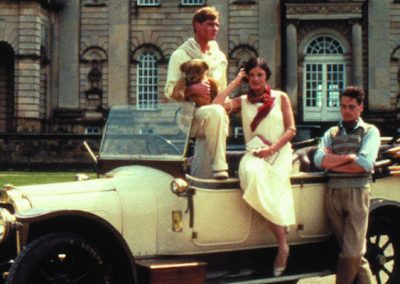 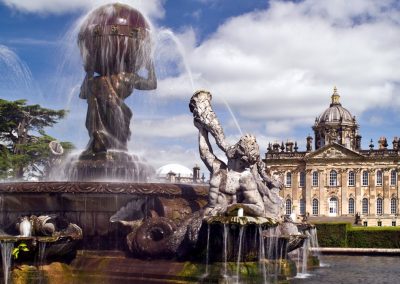 How to Find Us

Castle Howard is just 15 miles North East of York and is easily accessible from the A64 which connects Leeds, York and the Yorkshire Coast.

A64 Eastbound: Go past the brown Castle Howard sign and continue into Malton. As you approach the town centre, just before the Talbot Hotel, take a sharp left into Castle Howard Road, signed Castle Howard and Coneysthorpe.

A64 Westbound: Exit the A64 at the Malton/Pickering roundabout. Take the left turn into Malton/Old Malton (ignore the brown sign directing you back onto the A64), and continue into the town centre. At the traffic lights go straight over, and after the Talbot Hotel turn right into Castle Howard Road, signed Castle Howard and Coneysthorpe.