Thirsk Museum is the house where Thomas Lord, founder of Lord’s Cricket Ground, was born in 1755. The museum, which is free to visit, is just across from the World of James Herriot on Kirkgate and tells the history of Thirsk and the surrounding area in excellent detail. It was established in 1975 and is run entirely by volunteers.

The emblem of the Drover has been adopted as the official emblem of Thirsk Museum. This is taken from the unique milestone at Ingramgate where the road from the east crosses with the ancient drove road from Scotland to York. The drover has a stout stick in one hand and pot of ale in the other.

Thomas Lord as a young man moved to London and as well as becoming a useful cricketer he also prospered as a wine merchant. He was a cricketer with the White Conduit Club, which did not have a ground of its own and the club commissioned Lord to find a suitable site. He first leased land for the club near Dorset Square where the club, renamed the Marylebone Cricket Club, played its first match in 1787. The club moved twice, eventually settling at its present location in St John’s Wood in 1814. In the Thomas Lord Room at the museum, there is a copy of his only known surviving signature, a portrait that was presented by the MCC and other Yorkshire Cricket memorabilia connected with Yorkshire players.

Thirsk Museum is full of fascinating local facts, historical reference pieces and peculiarities. One of these is The Busby Stoop Chair which has been in the museum since 1978 after the landlord of the Busby Stoop Inn wanted it to be removed from his inn out of harm’s way after a spate of accidents connected with people who had been sitting on the chair. The story is told at the Museum of Thomas Busby who in 1702 murdered his father-in-law Daniel Auty and was condemned to death by hanging after which his corpse was suspended in chains from a gibbet at the lonely crossroads where the inn stood. His The chair at the inn gained a sinister reputation as linked to the haunting of the inn by Thomas Busby. Since moving to the Museum, it has not been sat on since.

The Farming Heritage Room evokes farming life in the 1930s and 1940s, the time when James Herriot began his life as a veterinary surgeon, and displays blacksmiths and agricultural engineering, butter and cheese-making in the area known as the Vale of Mowbray.

The Cottage Kitchen with cast-iron range, linen hanging above to air and stone sink is where the 19th century housewife spent her time washing, cleaning and cooking. A variety of household utensils including an early washing machine and a heavy mangle are on display.

The Office has examples from the 19th and early 20th centuries and the Music Shop has 78rpm records and musical instruments from the 1920s and 30s; and Lace has a variety of styles of lace-making examples.

The Edwardian Sitting Room and the Victorian Bedroom have displays and explainers about these periods and the Reynolds Room, named after Bernard Reynolds who converted it, has coins, jewellery and ceramics found locally by archaeologists including the remains of the ‘Saxon Giant’ that was found in an ancient burial ground nearby.

Services: Besides conserving, documenting and displaying items of historical interest, we provide a range of services:

Schools: Thirsk Museum offers guided tours for groups of up to thirty at a time. The collection provides material for work at various levels on local and social history. Information packs or worksheets can be provided. Many of the exhibits can be safely handled as they are on open display and we strive to have close ties with local schools. Visit during normal opening hours, and on Thursdays or in the evenings by prior arrangement. Schools can combine a trip to the Museum with a tour of the World of James Herriot and a study of St Mary’s Parish Church. Parking for coaches and a picnic site are both within easy walking distance. 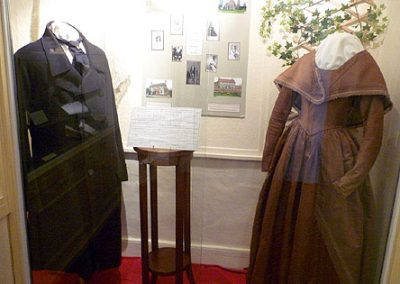 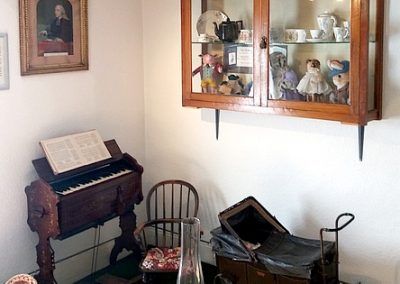 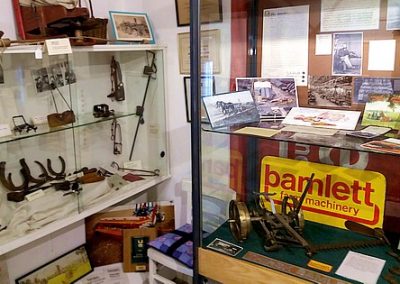 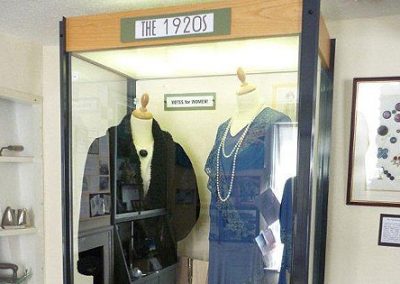 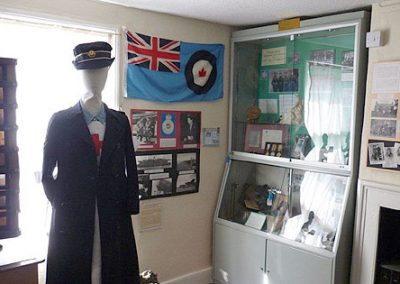 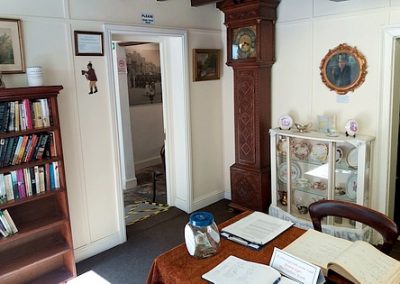 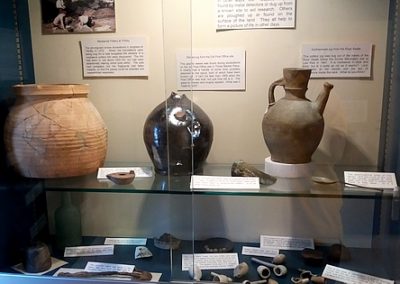 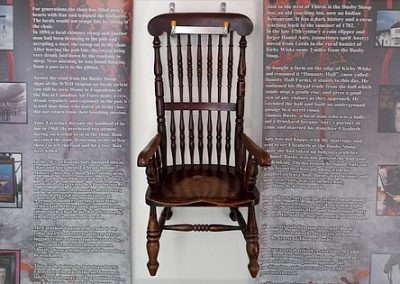 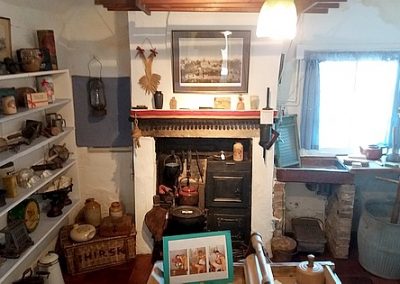 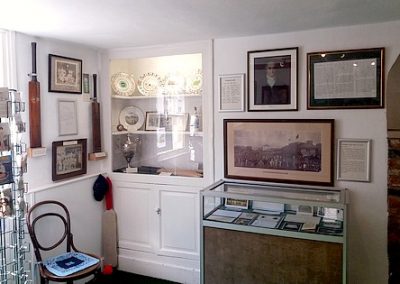 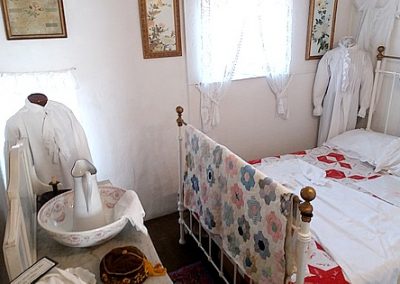 Accessibility: There is a ramped entrance to the ground floor but narrow stairs limit access for wheelchair users. A ‘virtual tour’ of the Museum on DVD can be viewed in the reception. Guide dogs are welcome.

Group Visits: Groups and school parties of up to 30 can be accommodated (both during and outside normal opening times) by prior arrangement. Guided tours are available on request.

How to Find Us: Thirsk Museum is in Kirkgate, a short distance from the Market Place and close to St Mary’s Church and the World of James Herriot.